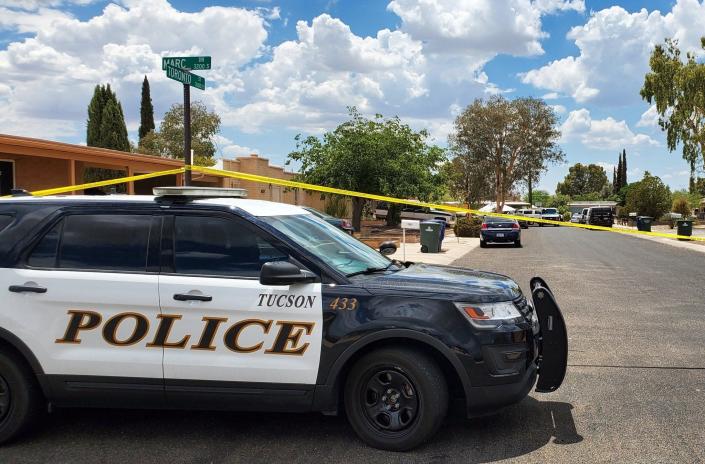 Tucson police are investigating a suicide, an alleged double homicide that occurred on Tuesday.

Police said police responded to a call from someone who said several family members were unresponsive at home around Glen Street and Craycroft Road.

After conducting investigations and interviews, detectives believe that Christopher Myers shot and killed his wife, Timekey Myers, and stepdaughter Bingham. They believe that he then took his own life.

The police came to know that two children were inside the house during the incident, but ran to the neighbor’s house to call the police.

The incident is still being investigated by the detectives.

Services for Arizonans in crisis include: